Stockholm, 26 August, 2021 – Telia Carrier announced today that is has expanded its partnership with Flexential, adding a new Point of Presence (PoP) in the Flexential Hillsboro 2 data center in Oregon, bringing improved diversity and high-speed connectivity to content and cloud providers in the Silicon Forest region. Telia Carrier’s expansion in Hillsboro gives customers more options to directly connect in the market avoiding backhaul and latency. Hillsboro continues to grow as a key connection point for subsea cable landings and international traffic from Asia.

In recent years, the Portland metropolitan area, also widely known as the Silicon Forest, has become a hub for carriers and content providers, as well as a regional education and city networks connecting to greater Portland and Eastern Oregon. According to reports by real estate services and investment firm CBRE Group, the Portland/Hillsboro area has the second-highest growth rate for data center development in North America. Large-scale data center construction in the region has accelerated in the last decade due to terabit traffic demands and the abundance of sustainable, low cost hydro power, as well as tax incentives and green power sources.

"Adding a new PoP in the Hillsboro 2 data center is part of Telia Carrier’s overall growth initiative helping to expand our reach to support new cloud regions, applications and content on the West Coast,” said Stephen Hartman, Head of North America Sales, Telia Carrier. “Fulfilling demand from the subsea cables coming into the Flexential facility in Hillsboro from Asia Pacific regions, we support the needs of current and future customers, and enhance the ecosystem as one of the strategic sites servicing the region."

The Flexential data center cluster in Hillsboro, OR is one of the fastest growing in the market, with a third building opening this fall to increase the campus to 700,000 square feet. Telia Carrier is entering Hillsboro 2 with a fully diverse Terabit Scale IP PoP deployment providing diverse connectivity to Flexential’s subsea cable system operators with multiple cables landing in the facility, serving the Pacific Northwest and Asia Pacific destinations including Hawaii, Australia, New Zealand, China, South Korea, Taiwan and Japan.

"With our Portland-Hillsboro data center campus expanding this fall to include a third facility, we are reinforcing our 20-year commitment to building and operating a highly-connected data center footprint in the Pacific Northwest,” said Ryan Mallory, Chief Operating Officer, Colocation Services, Flexential, “With the addition of the Telia Carrier PoP at this location we are better able to support our growing customer base by offering them additional carrier choice and connectivity to one of the worlds largest global IP backbones."

Businesses on the west coast and AsiaPac can now take advantage of Telia Carrier’s number one ranked global backbone, AS1299, as well as the local availability of high-speed IP Transit, Cloud Connect, DDoS Mitigation, Ethernet and IPX services for operators, content providers and enterprises alike. In addition to growing the network, Telia Carrier is supporting future regional and community growth with the addition of jobs and community. 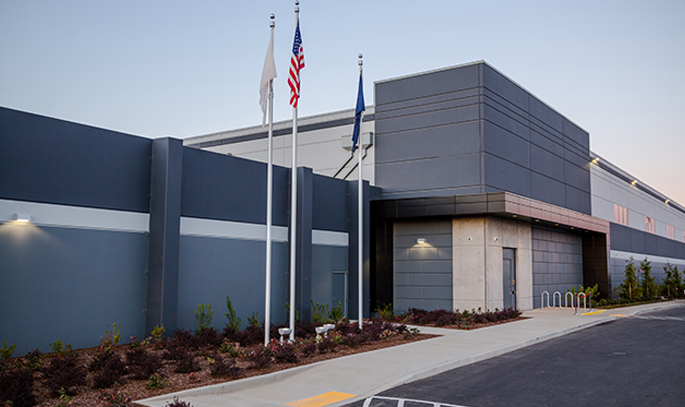 Flexential empowers the IT journey of the nation’s most complex businesses by offering flexible and tailored hybrid IT solutions comprised of colocation, cloud, connectivity, data protection, managed, and professional services. The company builds on a platform of three million square feet of data center space in 19 highly connected markets, and on the FlexAnywhereTM 100GB private backbone to meet the most stringent challenges in security, compliance, and resiliency. See how Flexential goes beyond the four walls of the data center to empower IT through an interactive map found on www.flexential.com.