Stockholm, 21 March 2022 – Arelion (previously Telia Carrier) today announced the completion of its latest backbone route expansion in Norway. The additional fiber route brings a new level of resilience, capacity and diversity for connections between Norway and the rest of the world, via continental Europe.

Arelion (then Telia Carrier) was awarded the contract to build a new subterranean Internet route for Norway by the Norwegian Communications Authority in July 2020. The project goal was to provide greater resilience in the event a serious incident impacting connectivity, and ensuring the future connectivity needs of the region could be met.

Elise K. Lindeberg, Director, Security Department at the Norwegian Communications Authority, said, “This new secure route for electronic communications, which was awarded to Arelion, will help Norway address its growing and diverse traffic needs to Europe and provide increased connection security for our nation, in the event of serious incidents occurring.”

Services available through Arelion on the new route include IP, Wavelength and Ethernet offerings, making sure that customers can access state-of-the-art secure connectivity to the European continent that will meet the needs of all cloud providers, data centers and enterprises. One section of the new route employs the HAVSIL subsea cable, that was built by Bulk Fiber Networks.

Staffan Göjeryd, CEO at Arelion said, “Resilient and secure connectivity across the globe has never been more important. Ensuring Norway’s access to Internet through this new, diverse route to the European continent really embodies our company mission, to keep the world connected.” 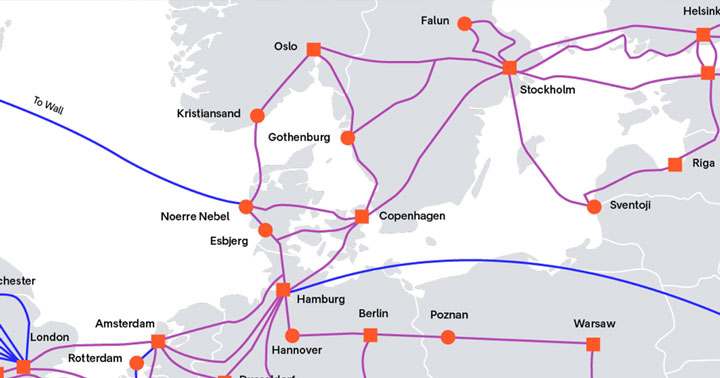 Formerly Telia Carrier, Arelion is a leading light in global connectivity services. We’ve been keeping the world connected since 1993 and today our global IP backbone, AS1299, is ranked number one in the world. Our network spans Europe, North America, and Asia with 70,000 km of optical fiber and 1,700 MPLS endpoints. Our award-winning customer service team supports our expansive customer base, who rely on us for their business-critical services. Discover more at www.arelion.com and follow us on LinkedIn and Twitter.